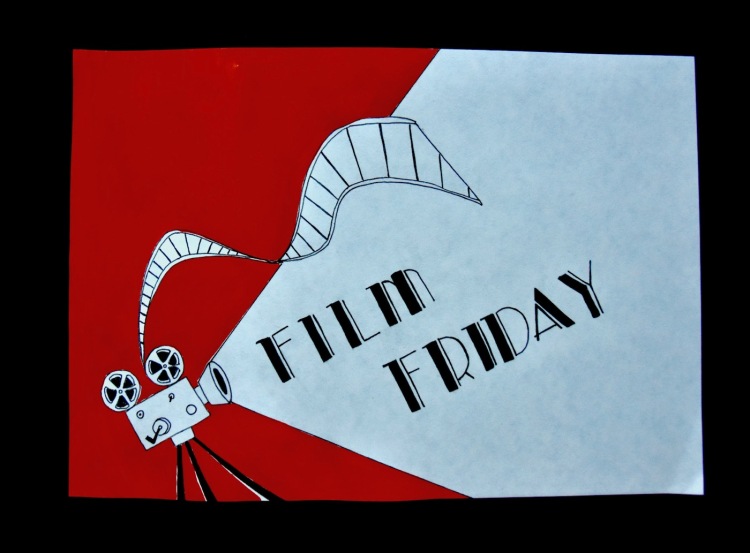 After doing a daily music challenge for a month last year we talked about doing something similar for movies.

And the current global lockdowns give us the perfect excuse to start!
Many of us are confined to home with only the TV for company so we thought we would start ‘Film Fridays’ so that we can talk about our favourite movies and hopefully give our readers some ideas for things to watch.
We would be delighted if you would join us!
Just tag your post with #FilmFriday and do a pingback to either Darren’s or my posts so that we can can have a look at yours! You can also copy the “Film Friday” poster I came up with.

We don’t necessarily want to talk about the nerdy technical details but more about why these films speak to us as individuals, why they have a place in our hearts, and any personal memories they evoke.

So please join us each friday when we will each be talking about a different movie from our list of favourites!

One can not talk films without talking Alfred Hitchcock, or as he was also known „The Master of Suspense“. He was one of the most influential and extensively studied filmmakers in the history of cinema and directed over 50 feature films, that garnered a total of 46 Oscar nominations and six wins.

I don’t think that it’s possible that no one hasn’t at least seen one of his films but just in case you haven’t I can very much recommend the following:

Or, last but not least:

Hitchcock’s portrayal of women has been the subject of much scholarly debate. Fact is, that they were all blond and extremely beautiful.

Hitchcock’s closest collaborator and sounding board was his wife Alma Reville whom he married in 1926.

When Hitchcock accepted the AFI Life Achievement Award in 1979, he said he wanted to mention “four people who have given me the most affection, appreciation and encouragement, and constant collaboration. The first of the four is a film editor, the second is a scriptwriter, the third is the mother of my daughter, Pat, and the fourth is as fine a cook as ever performed miracles in a domestic kitchen. And their names are Alma Reville“.

Their love and relationship has been wonderfully portrayed in the biographical drama film Hitchcock (2012) with Helen Mirren in the role of Reville, and Anthony Hopkins playing Hitchcock.

And how about you? Do you like Hitchcock films? If so, which is your favorite?

Let me know all about it in your comments!

48 thoughts on “Film Friday -“There is no terror in the bang, only in the anticipation of it.””